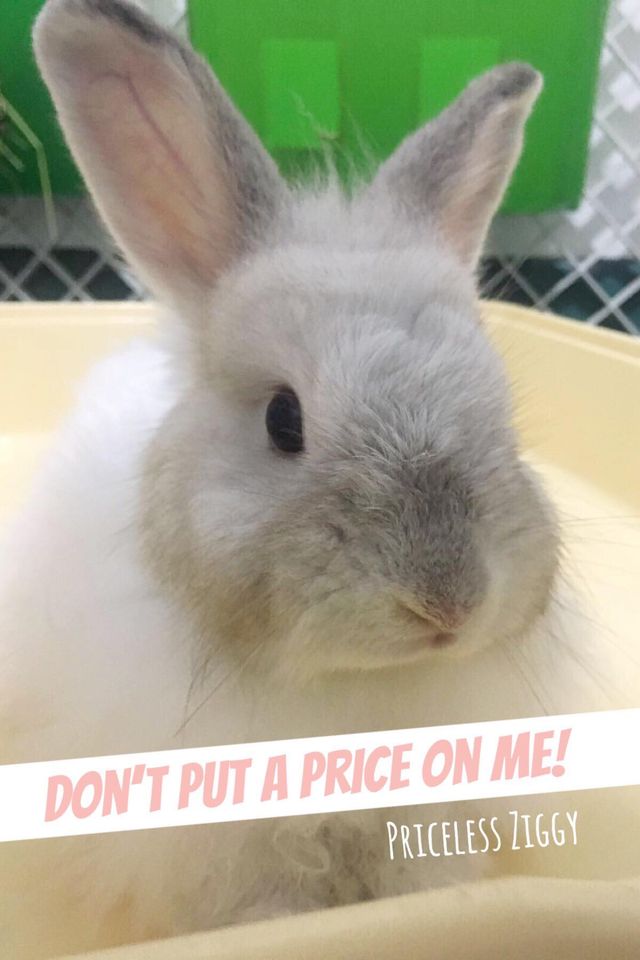 A PRICE ON A LIFE?
We recently saw a post about a French lop who was bought for $2400 and to be ‘adopted’ for $1200. To us, there is a clear distinction between ‘adopt’ and ‘buy’ and this case is clearly the latter. A life acquired is a life to be committed to and not to be given a price. We certainly hope the owner is just testing for sincerity and not pass the rabbit to the highest bidder.
While we understand the need to ‘get their money back’, we have once encountered a case where owner insisted on getting $600 for her Flemish Giant and refused to handover despite finding a good adopter. Eventually the rabbit was neglected, fell sick and passed away painfully. The owner even called us to take the rabbit away when it was dying.
You can read our full account here: https://www.facebook.com/BunnyWonderlandSg/photos/a.383549241828536.1073741851.189249407925188/323281434521984/?type=3
There is just so many things that could go wrong when owners focus on their money and pride. We can’t help but wonder,  how many rabbits suffered because of people like them? People who puts a price tag to these poor animals. They are also the children of a mother. A precious creation of God. Please, respect them.