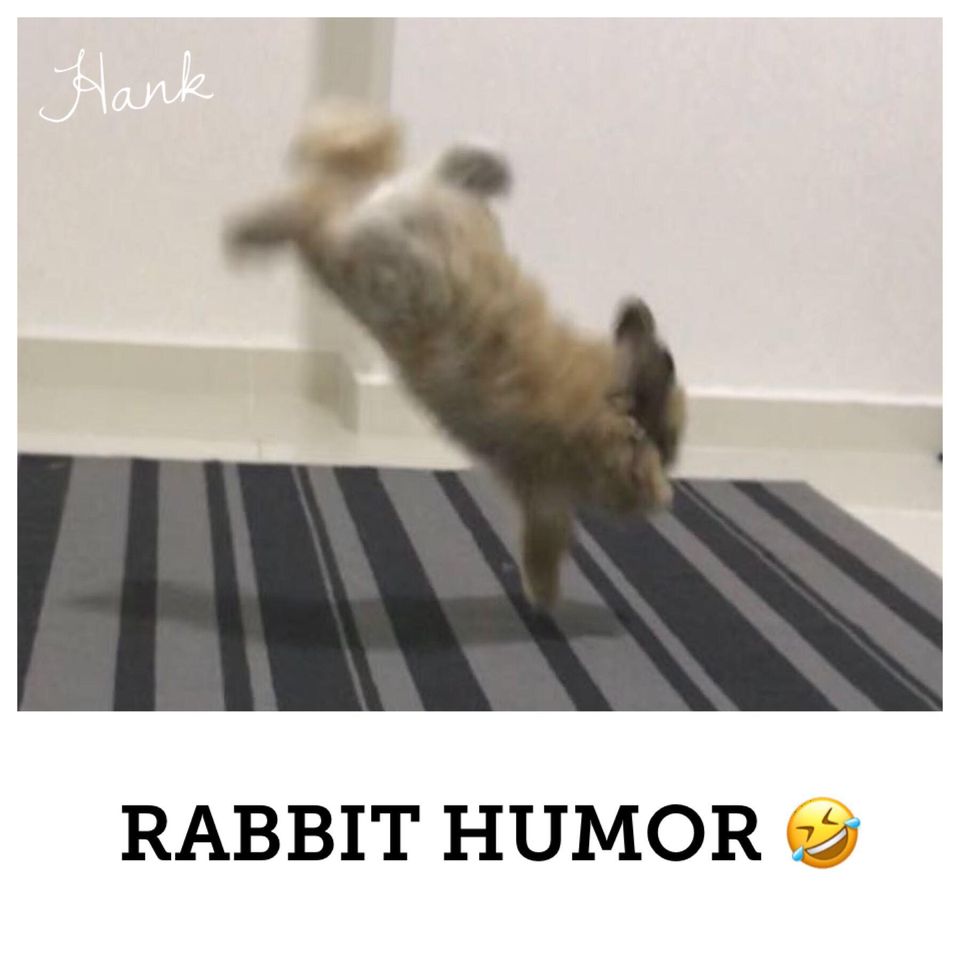 Today, we saw some really funny comments on how non-rabbit folks react to our rabbits. We can’t help but join the fun! Our rabbits come in all shapes and sizes and it’s quite hilarious to hear what some folks think about them! We compiled these from our encounters as well as fellow owners who posted them online. We hope they will bring laughter to you on a Sunday!

Q3. Was your rabbit used for cosmetic testing? How come he still have eye makeup on?
A3. No… he is a hotot.

Q4. Your rabbit has such a dirty nose!
A4. No… he is just a Himalayan.

Q5. Your rabbit must love to eat! He is so fat!
A5. No… he is a standard Flemish giant.

Q7. Is there something wrong with him? Why is he called a broken brown?
A7. No… his spotted pattern is also known as ‘broken’.

Q8. You rabbit looks malnourished. He is too tiny.
A8. No… he is a Netherlands Dwarf.

Q9. Why you trim your rabbit’s body but not his head?
A9. No… he is born a Lionhead.