Home / Knowledge Corner / WHY PEOPLE GIVE UP THEIR RABBITS 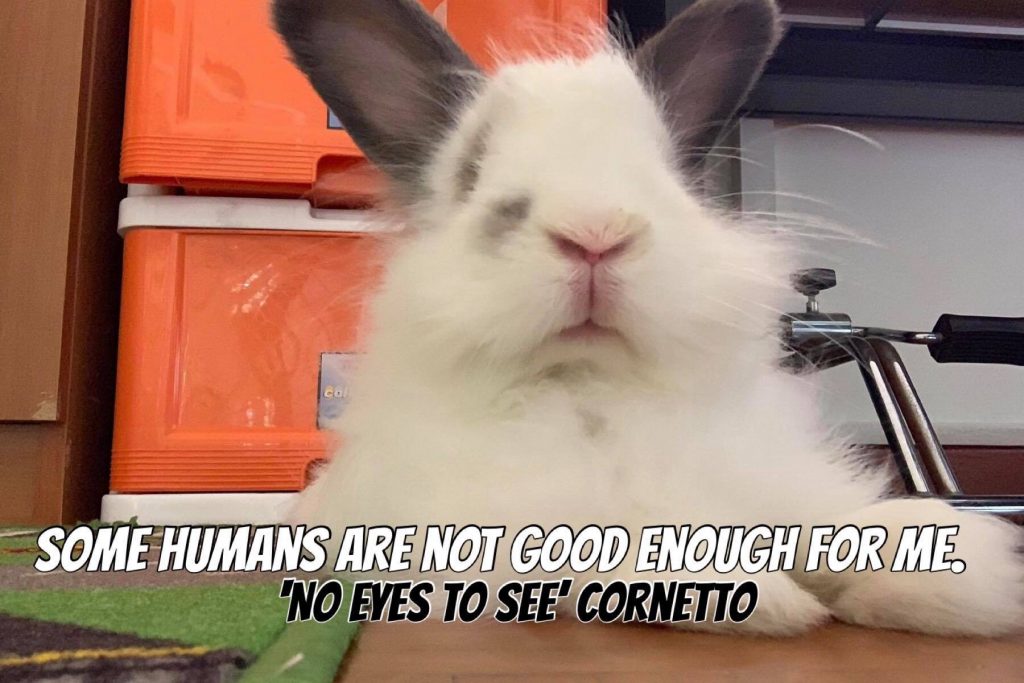 WHY PEOPLE GIVE UP THEIR RABBITS ???

1. They wanted a tiny rabbit but it grew big and started attacking their fingers and toes.

2. They had no idea rabbits are hard to carry and all they wanted was a cuddly fur ball.

3. They got lazy cleaning their area and concluded it was the rabbits that got too smelly.

4. They wanted a playmate for their child but realized that rabbit don’t play, at all.

5. They had some free time over the holidays but holidays over yet the rabbit is still around!

6. They spent their savings buying the rabbit and have none left for its vet bills and grooming fees.

7. They assumed rabbits are more fun than a hamster, friendlier than a cat and easier than a dog.

8. They thought it’s cute to start a bunny family only to realized the family grew fast and furious.

9. They got it as a gift but soon realized this gift feeds on money… hard-earned money.

10. They wanted to impress but finally realized a chocolate cake would have been a better idea.

While owners refused to admit, it is often because of such silly reasons that people give up their pets! A rabbit may seem small and fun but they can live for 10 years and requires significant time, effort and money to maintain. They are not for children, very busy people and definitely not for the faint-hearted. Think twice before getting one!